Nigerian football league can catch up with the best around the World – Sports Analyst, Ayokunle Ayoko 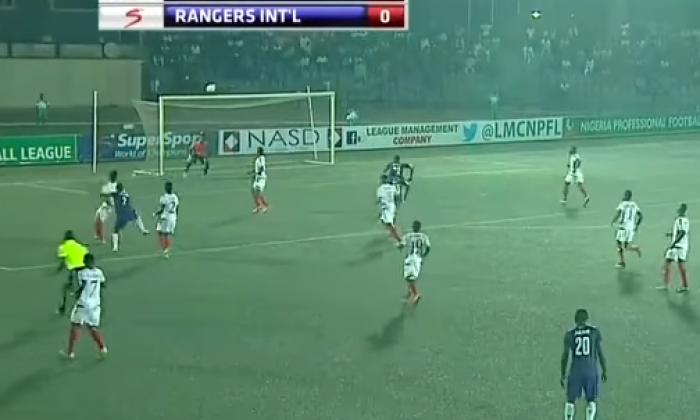 Aside being an Fc Barcelona football fan, Mr. Ayokunle has wide experience in sports management and reviewing player-club legal contracts.
He also has several publications on sports including; The Business Side of Football, August 2009 (ESQ Magazine), Basic Principles of Football Contracts (1,2,3), July 2009 (Business day) amongst others.
Sharing his view on the Nigerian Professional Football League (NPL) and how the league can be adjusted to international level, he said:
Its a shame that the league is currently a state of decay. Without gainsaying, the Nigerian Professional league is one of the poorest and most badly run leagues in Africa.
Perhaps due to the ownership structure of the clubs which are mostly state owned, revenue generation is tied to the disposition of the state governor to sports and sports funding. This is definitely not a sustainable model for any business, football inclusive.

Its really an indictment on us that in recent times, the leagues of countries like Sudan, Ghana, Angola, and Congo, not mentioning those of the north African countries, are doing better than the Nigerian league in terms of successes and organization. Its time we look inwards and begin to ask ourselves those difficult questions on where we have gone off the radar.
Personally, I have identified seven areas that need urgent attention to reverse this trend:
The first is security at the playing venues. The truth is that football, no matter how entertaining, will always take a back seat to security. No football fan wants to go and see a football match in a venue where there is threat to his life. This is a sad reflection of the Nigerian society and one which the government has to address urgently especially in the northern parts of the country. Additionally, the in-stadium security has to improve dramatically. Incidences where the referee or players are attached by fans should not be heard of in this time and age.
Secondly, the state of infrastructural decay in the stadiums used for the league is an eyesore. Poor pitch management and stadium infrastructure does not make for a good viewing. The league administrations need to insist on certain standards which must be strictly adhered to and comparable to standards in other well run leagues in Africa and the world if we are to become serious.

Also we need to look into the issue of sponsorship and television coverage. It was saddening when DSTV terminated their coverage of the Nigerian league, I had thought they were a good broadcasting partner for the league when you consider that most homes are powered by DSTv/Gotv. Their live coverage would have brought back the type of fan interest we had in the league, when growing up. I recall we would go to the stadium to catch glimpses of Stationary Stores, shooting stars, El Kanemi etc. I am aware that the However, there appears to be some light at the end of the tunnel on this issue following broadcast rights was given to Chinese Broadcast tv Next TV in a deal worth over $225,000,000.00 (Two Hundred and Twenty-Five Million Dollars) for a period of 5 years i.e. 2019 2024. Whether these translates to improvement in the fortunes of the individual clubs is left to be seen.
This is because our experience in times past is that not only do the clubs receive pittance from very visible sponsorship funds, not a single NPL team has received a kobo from television rights money since the Nigerian League became professional 22 years ago.
I am also unclear what the plans of Next Tv is to bring live coverage to Nigerians. One thing is sure however, to generate interest in the league, there must be easy tv access to the league for fans.
Related to this is the need to provide affordable access to the games for fans. Football administrators and club owners need to understand that the stadium atmosphere is incomplete without the fans notwithstanding the temporary covid pandemic imposed social distancing rules, which I expect will normalize within a year or more. Club owners need to give fans access to games by way of affordable tickets and as practiced in other climes, lower rates for season ticket holders.
Additionally, the league management authorities need to insist on each club taking an insurance on its players. Aside Enugu Rangers who has instituted an Insurance scheme for their players, I am unaware of any other club who has done so. This will improve the professionalism in the game and encourage players to give their all with the assurance that no matter what happens, they are well covered.

Also issues of contracts between players and clubs, players and agents etc need to be well documented. Situations where some players get an invite for trials and goes awol from his club will be reduced if contractual terms are well detailed and formalized with consequences for breach. I believe this is an area where we need more lawyers. We need lawyer to build their capacity in understanding sports law and the dynamics. Football is a special type of private law you do not litigate in the regular courts. Players need to have access to legal advice where they can be given advisory on their rights and obligations in the contracts usually signed blindly with football clubs. A partnership between the LMC and the NBA in this regard will prove useful.
Finally, I believe if we are to restore some dignity into the league, national team handlers must start using the league as the primary source for selection National Team Selection. Truth is until this is done, players will keep moving to other leagues even is grade B, so as to be tagged foreign based and a step closer to being selected for the national team. The NFF should start insisting on selections from the league otherwise, we will keep seeing an exodus of the best players from our league.
As you can see, our work to transform the league is well cut out. However, it is achievable if the will is there and we can decide it is time to step it up for our league.

#BBNaija2020: Moment Nengi Was Caught Staring At Ozo While He Was Sleeping (Video)